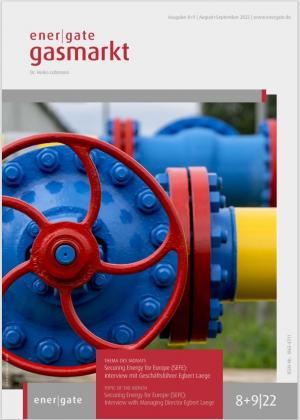 I hope that you, dear readers, have had a relaxing summer. You will probably need all your strength in the coming months. The developments in the gas market are becoming more and more dramatic. I notice how perceptions are shifting for me as well. For a while, the question of the physical consequences of a possible interruption of Russian supplies dominated my thoughts. In the meantime, this has been replaced by the question of who will still be able to pay their gas bill. This applies to households and businesses alike. I have had many conversations about this in the past weeks, and in some cases, the tone of those I spoke to was very concerned and anxious. The usual line is that the gas levy is being discussed in public, but that the levy is not the real problem. It is the extremely rising prices for gas and now also for electricity. In many cases, the effects will probably not become apparent until 2023. At the end of the month, the gas crisis finally turned into an energy crisis. Electricity prices skyrocketed on August 26. Unfortunately, I don't have a blueprint for a solution either. But I think we will have to have serious discussions about market design and interventions in pricing. I have resisted this for a long time.

I have already mentioned the topic of the gas levy. The public discussion on this took on a life of its own in August, especially after it became known which companies had applied for compensation. When someone close to the trading companies that filed applications told me that this was planned, I didn't believe it. I firmly assumed that only systemically important import companies with long-term contracts with Gazprom could apply for compensation payments. A closer look at the regulation proved me wrong. I suspect that the wide range of potential addressees was chosen for reasons of state aid requirements. And sure, everything had to be done very quickly, but maybe someone could have noticed what was being done. The regulation will probably still be amended, but the level of public excitement was and still is high.

This edition starts with an interview with Egbert Laege, executive director of Securing Energy for Europe (SEFE). Mr Laege is highly optimistic about the future of SEFE. In the meantime, I have talked to many people about this topic. Not all share Mr Laege's optimism. I'm sure you can make up your own opinion. Perhaps reading the interview will help.

The developments around to the Gazprom Germania Group (GPG) over recent months are probably not only among the weirdest events in the German gas market, but in German industrial history. As if with a magnifying glass, the German/European gas crisis – which began even before the Ukraine war and then escalated further – is concentrated in the company. Gazprom Export's attempt to give up control of the company and transfer ownership to a DJ and car dealer are real-life comedy. But the move was also an immense threat to the German gas industry and economy. The German government reacted quickly and put the group under the trusteeship of the German regulatory authority, BNetzA. Basically, since the beginning of this trusteeship, Egbert Laege has not only been involved, but one of the core players. First as general representative of the trustee and since 3 June as managing director of GPG. The company is now renamed Securing Energy for Europe (SEFE), has been provided with loans of 9.8 billion euros guaranteed by the Federal Republic of Germany and is looking ahead. Or, as Mr Laege expressed it, "Is back in Town". I spoke with Mr Laege about what this means. Part of the interview appeared in advance in the ener|gate publication ener|gate Messenger.

ener|gate Gasmarkt: To start with the point that I still understand the least. At what points in time were the Gazprom contracts with the various companies of the GPG Group no longer fulfilled? There was a long-term contract with Gazprom Marketing & Trading (GM&T), contracts with Wingas and with WIEH.

Mr Laege: When the sanctions were imposed on GPG on 11 May 2022, all of the group's gas supplies were affected and have been reduced to zero. We have not received any Russian pipeline gas since then... 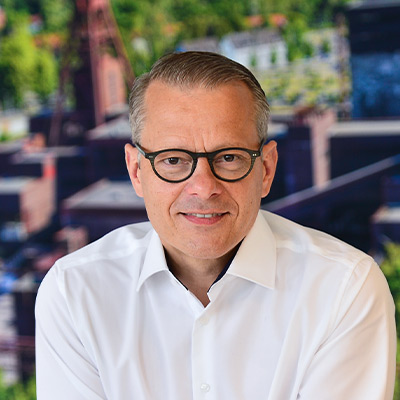