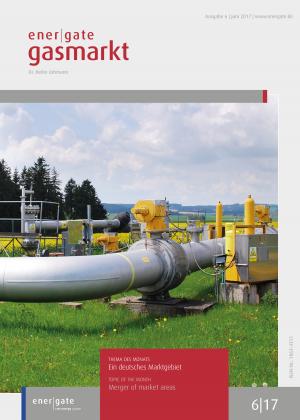 Already since last autumn, market participants have been assuring me that CNG mobility is not finished. The main reason, one source said, was a change of mind-set at VW. The Group not only wants to push forward electro mobility but also CNG mobility. Since September last year that new mind-set has a name, the name is Jens Andersen who is in charge for CNG mobility in the group. The stakeholders who still believe in CNG mobility have since last autumn been meeting at the natural gas mobility Round Table organised by the ministry of economics and energy, but also in a smaller group, the industry group, to find out whether it’s feasible to promote the topic. On May 2 of this year, VW finally made a public announcement. Until 2025 one million natural gas-fuelled cars will be on the streets, 2,000 gas filling stations in operation. VW has seven partners that are to help achieve that target. I was in Wolfsburg, the VW headquarters and talked to Mr Andersen and Ludwig Möhring, in charge of sales in the Wingas management board and deputy head of the Zukunft Erdgas supervisory board, about how the ‚frog‘ gas mobility can be converted into a prince. Unfortunately, the interview could not be authorised in time for this edition. That’s life. Nevertheless I report about the new co-operation and the interview will be published later.

Topic of the Month: Merger of market areasA puzzling industry

“A whole industry is puzzled about the ministry’s decision” is perhaps the best description of the mood of the gas industry’s stakeholders after the release of the draft on April 20 (ener|gate Gasmarkt 05/17). Stakeholders which ener|gate Gasmarkt has talked to since the release were, with the occasional exception, completely surprised. And they asked themselves what the true motivation was for the Ministry of Economics and Energy (BMWi) to prescribe the merger of two German market areas, NCG and Gaspool, until April 1, 2022 at the latest. This merger is to take place entirely independent of any impact assessment or cost-benefit analysis, as the ministry emphasises in the written justification. This is one thing that surprises stakeholders. In several of the 13 written stakeholder comments from associations, companies and two federal states it is bemoaned that the proposal has come out of the blue, without any previous announcement and without any decent consultation period (DEWB, EFET, INES, FNB Gas, the states of Hessen and Baden-Wuerttemberg). FNB Gas writes in its statement that the ministry’s arguments are not comprehensible. EFET criticises that the justification does not explain what discrimination will occur if each of the German market areas goes its own direction with a different foreign partner. In many statements a proper cost-benefit-analysis is demanded as a prerequisite for such a merger or at least the attempt of an impact assessment (INES, BDEW, EFET, state of Baden-Wuerttemberg, PEGAS, VKU).

End of last year, the Swedish investment funds EQT bought a share in three companies of the GETEC Group. The funds have a 60 per cent share in GETEC Heat & Power, GETEC Wärme & Effizienz and GETEC media. The three companies are offering contracting services for industrial plants, energy services in the building sector and the supply of telephone, internet, TV and radio networks. They are merged in the G+E GETEC Holding. Other companies of the GETEC Group are the trading company GETEC Energie, the network service provider GETEC Net and GETEC Green Energy, a company that offers renewable energies.

With the capital of EQT, GETEC Wärme & Effizienz is going shopping. Together with the housing society Deutsche Wohnen Stadtwerke Thale was bought. The utility of Brunswick, BS Energy, was the seller. And from the KALO Group the contracting company Urbana was bought. The purchase prices were not published. Market observers say that for Urbana around 150 million euros were paid. EQT has experience in the energy sector and enough capital to extend the business. Karl Gerold founded GETEC in 1993 and is still the owner. The company has 1,165 employees. In 2015 the turnover was 780 million euros, the earnings before taxes were 40 million euros.